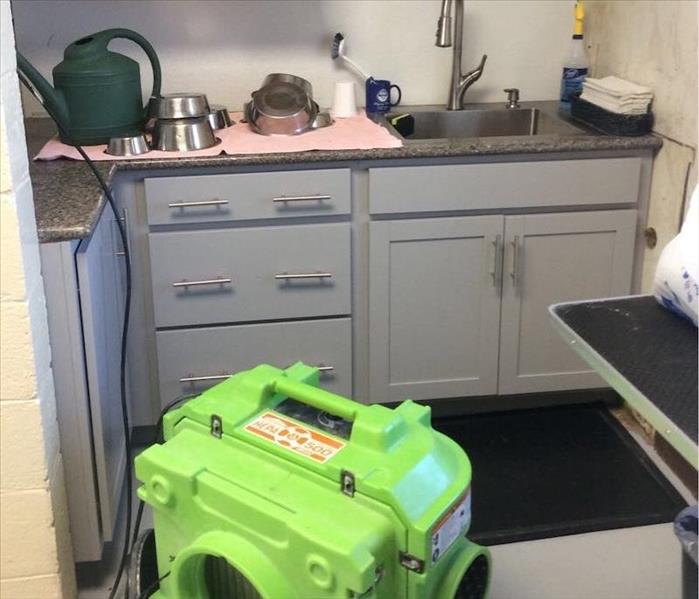 SERVPRO technicians have the understanding and equipment for any size water damaged property.

It is unclear if Dover received its name from Dover, England or New Hampshire, but one that is known for sure, the lands were purchased in 1713 by Joseph Latham from local Native Americans. One of the first industries to get established was the mining sector. Iron ore was so abundant that it was unnecessary to dig it up, as it was on the surface around the Dickerson Mine. For over 6,000 years, humans have known how to separate ore from metal. In this time, the collected ore got processed into bars that got sent to industrial areas where it got rendered into:

Dover's town did not get incorporated until 1869, after the Civil War ended, and the town charter to make it fully independent did not occur for another thirty years. After the incorporation, the town began to grow and establish businesses outside of the iron mills. Many industries sprang up, including machine shops, mills, knitting and silk mills, and MacGregors hosiery factory.

Hurd Park, developed as a passive park without playgrounds or sportsfields, has pavilions and is an overall scenic location. John Hurd donated the land to the city in 1911.  Another feature in the park is the 1922 World War I statue known as "Spirit of the Doughboy," depicting a soldier walking with his rifle. The etymology of the term "Doughboy" is thought to have originated as an insult against the American servicemen and inferring they were soft like dough.

Other Parks in the Dover Area

For a town with a population of 18,000 residents, Dover has many parks for the enjoyment of locals and visitors alike. Hedden County Park is by far the largest, covering 380-acres, and has areas to picnic, playgrounds, ball friends, and many hiking trails. The JFK Memorial Commons Park hosts several community events throughout the year, including the annual Christmas tree lighting, Easter egg hunt, Halloween parade, and numerous summer outdoor concerts.

What Type of Water Removal Should Dover Homeowners Avoid?

Potentially, any damage requiring water removal in a Dover home should be handled by a professional mitigation service. The reason for this is that it is impossible to tell through visual observation only if there is seepage into the subfloor or wicking into walls until these areas show signs of damage such as:

Certain types of water damage in a home can be dangerous to come into contact with. This can include floodwater that involves groundwater entering the house, sewage backups, and water that has been allowed to stand within the property for more than 24 hours.

SERVPRO techs have specific training and equipment for handling hazardous situations where the water carries a biohazard rating. The techs use protective equipment during the cleanup phase of the mitigation to ensure they do not touch nor breathe in the airborne water vapor that can carry bacteria and pathogenic elements. Treatment of the water with professional biocides helps make it safer to handle. Not only does it need to get extracted safely, but also there are special regulations for the disposal of the water.

SERVPRO of Dover / Stillwater at (973) 453-0401 handles all types of water removal in local Dover properties, including hazardous situations, with the closest attention to safety for all.