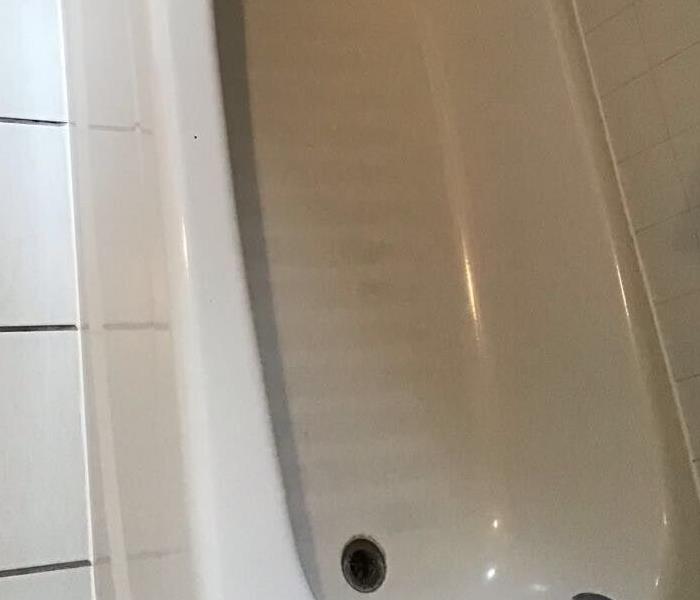 Water damage to this vacant Dover, NJ home was the result of a sewage backup in the bathtub. Once discovered by a real estate agent showing the house, the owners called in SERVPRO of Dover / Stillwater at the suggestion of the real estate agent. The backup had occurred sometime in the past, and when found, it had the drain clogged as well as the tub caked with sewage residue. The homeowners were afraid they would have to replace the tub in addition to unclogging the bathtub drain. SERVPRO of Dover / Stillwater industry certified technicians convinced the owners to let them attempt to clean the tub with special cleaners and procedures that had proven successful in the past. The homeowners agreed. The after photo shows how good a job that our team did. They made it seem, “Like it never even happened.”

View More Before & After Photos