Does the HVAC System Need Cleaning After a Fire? 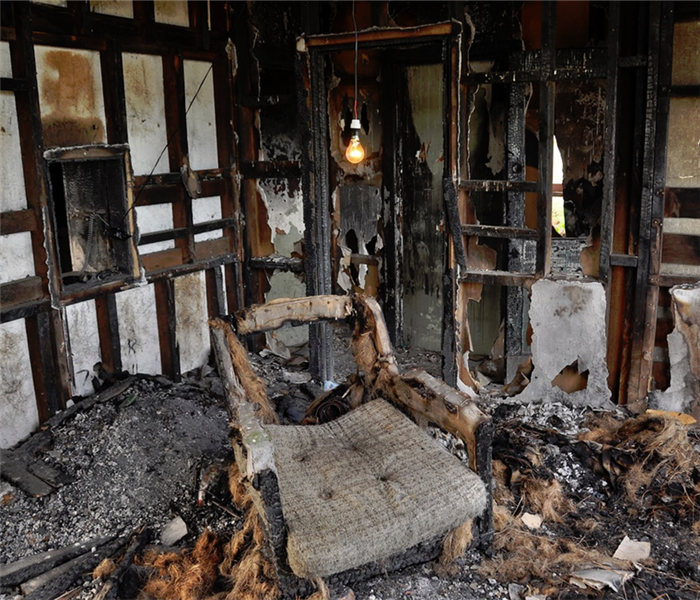 Fire damage includes burned items and lingering odors. Make sure to mitigate the situation properly with a call to SERVPRO.

When fire losses occur in Hopatcong homes, damages like soot and odors can move through ducts and damage the entire system and connected rooms.

Tracking the progression of fire loss effects throughout your Hopatcong home is a vital effort for the first job scoping process. Understanding the full measure of current damage and the expected path of odors and soot before containment barriers and equipment can be installed can ensure that the right tools and products are brought into the staging area assembled near the damaged region of the property. This inspection needs to be as thorough as possible to ensure that every possible impacted area of the house has been documented.

Fire restoration for Hopatcong homes and businesses is often more intricate and involved than many property owners realize. Our objective in recovery is to restore over replacing damaged structural elements, especially when the exposed surfaces can be more valuable than the costs of removing and replacing. Essential aspects of your household can get overlooked in self-inspections by homeowners, such as the HVAC system. When this network of air ducts becomes compromised, it could be damaging to all areas of the home.

During a structure fire, ducts can fill with hot smoke and move quickly to colder areas of your house, seeking a temperature and pressure equilibrium. This rapid movement through the system can leave the inside of these ducts heavily compromised by soot and smoke residues in Hopatcong. If you do not successfully and thoroughly clean this air circulation network before your appliance begins to run again, you can recirculate these potential contaminants and particulates throughout the house in areas that have already been cleaned and restored by responding fire restoration technicians like our SERVPRO team. A thorough inspection of the system can identify threats such as:

When Do Air Ducts Get Inspected for Damage?

During the job scoping phase where a restoration plan ultimately gets determined, and the damage to the property gets cataloged, we can assess the impact smoke and soot have had on the HVAC system. Air ducts can attract ionized and magnetized particles circulating in the air after a fire gets extinguished, which can continue to threaten this network of ducts until the appropriate measures get taken to either clean up the present damage or to seal up openings and vents into the ducts until cleaning and restoration complete in other areas of the house. The condition of the system often comes down to a few questions the evaluating project manager must ask:

When Should Cleaning Take Place?

Cleaning up your HVAC system after a fire loss involves multiple products and tools, many of which typically get used in air duct cleaning services commonly, such as drill-powered whips, brushes, and vacuums. During mitigation and restoration, the cleaning of this area of the house can begin. Approaches, products, and equipment used vary based on:

Regardless of how damaged or compromised HVAC systems might become after a housefire, our SERVPRO of Dover / Stillwater team can help with efficient cleaning and recovery solutions. Give us a call anytime disaster strikes at (973) 810-2825.